At 8:53 a.m. on Aug. 29, 1976, an explosion and fire destroyed a house on 20th Avenue in Kenosha, Wisconsin. Two people were killed, four were injured, and two adjacent houses were damaged. The destroyed house was not served by natural gas. However, natural gas, which was escaping at 58 psig pressure from a punctured two-inch plastic main located 39 feet away, had entered the house through a six-inch sewer lat- eral. The gas was ignited by an unknown source. After the accident, the National Transportation Safety Board’s investigation disclosed that the gas main had been installed by boring through the bottom of the sewer tile; the gas main was perpendicular to the sewer tile.” – NTSB Press Re- lease dated Nov. 12, 1976.

Unfortunately, this was not the last incident caused by an ill-placed underground utility intersection. While we’re more aware of the danger today, incidents still occur every year claiming lives, property and utility structures. As a result, cross bore mitigation has become a critical first step in preventing these disasters.

A cross bore is an intersection between an existing underground utility (or underground structure) and a second utility that results in direct contact between the utilities. Most alarming, though, a cross bore can compromise the integrity of one or both of the utilities, and potentially the entire underground structure. While a cross bore can in- volve any type of utility, the most dangerous natural gas lines bored through sewer lines. This is primarily because the sewer system provides a pathway for the gas to rapidly spread if the gas line is ruptured. 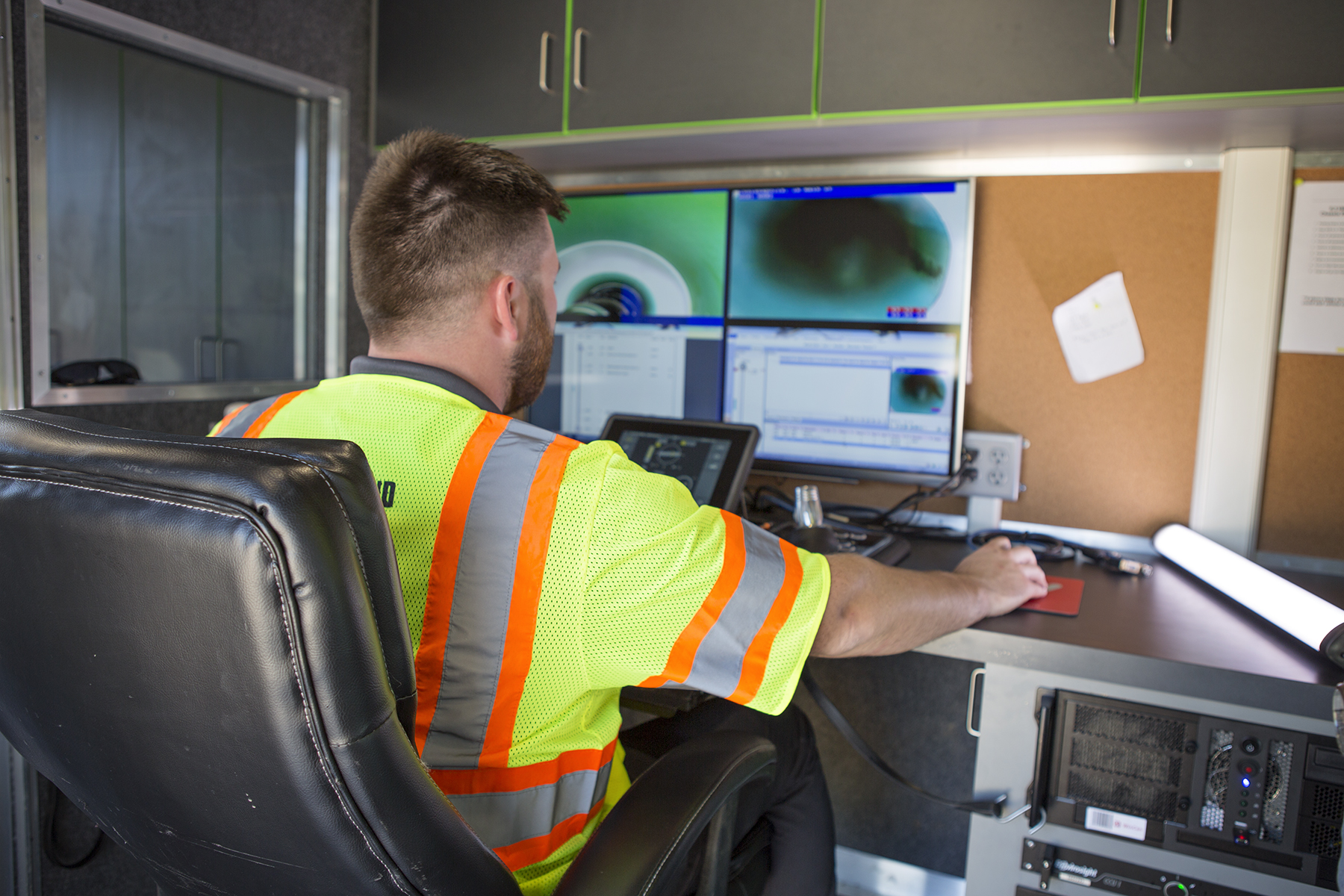 How Cross Bores Occur:  In the last few decades, our communities have grown exponentially. Similarly, our demands which rely on utility infrastructure have grown at an even faster rate. Thirty years ago, cell phones were a status symbol of ultimate luxury. Twenty years ago, the internet relied on phone lines and only a handful used it primarily dealing with text data. Ten years ago, smartphones were just start- ing to enter the public sphere. Today, our society is dependent on high speed communication in virtually all aspects of our lives.  All this data must have a robust physical infrastructure to support it; wireless isn’t really wireless, just a remote connection to a physical network cable. This need for new, improved infrastructure combined with the desire to move these lines underground, both for protection and aesthetics, has resulted in countless additional miles of new installations being conducted every day. These installations pose a potential risk to existing lines, with sewer lines often being the most vulnerable.

With such a high demand for utility upgrades and new installations in developed areas, there is also a demand to minimize disruption to homes and businesses within the scope of these projects. Traditional trenching certainly minimizes the risk of an unknown utility strike, but the mess and disruption of using this method is often seen as an unacceptable solution. However, while trench- less excavation or horizontal directional drilling is a valuable and effective method for installing new utilities without the mess and disruption that can occur with traditional trenching, it can result in undetected utility strikes. Sewer lines are es- pecially susceptible since, typically, there is no immediate loss of service nor visible feedback (i.e water spraying out) to the operators that a strike has occurred. This damage can remain undetected for days, months or even years, depending on the specific circumstances.

Additionally, the lateral connection from the indi- vidual customer to the main sewer is not generally covered by the One Call System underground utility locator (Call 811-Before-You-Dig), because the property owner is considered to privately own this part of the utility. Therefore, these lines are almost never located and marked prior to construction unless the contractor has hired a private utility locator to identify and mark them. Even more, sewer lateral lines are very difficult to identify as they are generally not constructed of metal and may not have any access points or tracer wires that allow for easy locating.

Hiring a private locating company can help mitigate these risks because they are not limited to contract terms, property access, and generally have tools and technology available to them which typical public 811 locators do not. However, even then, typical private locators are limited to what can be completed based on the limits of the technology and access points that they have available. Additionally, locating the line cannot provide any information about the condition of the line and can only provide unverified estimates as to the depth of the line being crossed. Unde- tected strikes can still happen.

IdentIfyIng Cross Bores:  One of the most effective methods for identifying sewer lateral connections is camera technology. Today, leading private utility locators employ robotic sewer cameras that can be navigated up through the lateral from a robot positioned in the main. These lateral launch camera systems allow a visual inspection of the sewer system and can also be used to physically ark the location of these lines at the me time.

Many gas and electric utilities have started to use these camera systems prior to installation of new lines as well as after installation to ensure that no cross bore events occurred within the sewer system. This is quickly becoming a best practice, as studies have shown that for every mile of directional drilling installations there are three to four cross bore events. Each of these events are potential catastrophic incidents like the 1976 Wisconsin event that claimed lives and property.

Technology Increases Safety:  Ultimately, there is no fool-proof way to prevent such incidents. Regardless of size, cross bores tend to have significant price tags associated with them. Small cross bore occurrences can cost in excess of $100,000, and the most expensive cross bore event on record had a total cost of $30 million!  However, new advances in technology, such as lateral launch robotic cameras and Ground Penetrating Radar technology, have greatly reduced the incidents and have made both contrac- tor and the general public much safer.